On October 28, 1998, Sgt Robert Heinle was shot in the line of duty while pursuing a forgery suspect.

Sgt. Robert Heinle responded to a report of a forgery at a downtown Missoula bank. As he arrived on scene he spotted the suspect, Jamie Martin. Martin fled on foot and Heinle pursued. After a short pursuit, Martin ambushed Sgt. Heinle, shooting him in the shoulder and neck. When the first officers arrived on scene, Heinle was not breathing and had no pulse. Thanks to the proficiency of the first responders and outstanding local care, Bob survived the incident.

The injury left him a high-level quadriplegic - paralyzed from the neck down. After spending six months in a rehab hospital in Denver, Bob and his wife Lisa, returned to their house in Frenchtown and began relearning how to live and find a new 'normal' in the foreign world of quadriplegia. They discovered how to embrace their new life with the help of friends, family and community that supported them through all the challenges and the triumphs.

During his years with the department, Bob was a firearms instructor, a hostage negotiator, supervised the FTO program, a member of the domestic violence council and was promoted to Patrol Sergeant after just 7 years. Bob was an eloquent speaker and had spoken at the Mathew Shepherd memorial addressing the concerns and rising incidents of hate crimes. After Bob's injury, many people who remembered Bob from the memorial wrote to thank him for his words of understanding and genuine concern for the community.

Bob was raised on his family's cattle ranch in Eastern Montana and attended school in Rosebud, MT. He worked on the ranch and loved to play high school basketball. He moved to Missoula and attended the University of Montana. Shortly after graduating with a degree in accounting he was hired with the Missoula Police Department. Bob married Lisa in 1996. They spent their free time riding horses, skiing, hiking, traveling and enjoying the outdoors.

Sgt. Heinle grew up exploring the outdoors and loved to hunt and fish. After his injury, he was able to pursue his passion for hunting with the aid of a sip-and-puff rifle mount. He also used adaptive equipment to play cards, read and manipulate his computer. He and Lisa continued to travel and explored most of the U.S. Many friends commented that even with the restraints of his disability, Bob experienced and embraced life more than most able-bodied people. He had a kind spirit and great wit - an inspiration to many. As his good friend and Chief, Pete Lawrenson, wrote, "Bob was an extraordinarily competent police officer, valued member of the community and just a great person. For those of us that had the privilege of knowing and working with Bob, before and after the shooting, his enthusiasm for life was contagious."

Sgt. Robert Heinle survived his injury until February 12, 2010. Hundreds of law enforcement officers from around the region came to pay their respects and honor Bob.

In honor and tribute to Bob, after his passing, his wife Lisa and friends founded the 'I Run For Bob' Foundation. Their mission is to restore quality of life and provide otherwise inaccessible recreation experiences to individuals and families whose life has been affected by a life-altering injury or disability. Bob lived a very full, active and meaningful life; the goal of the Foundation is to help others do the same. 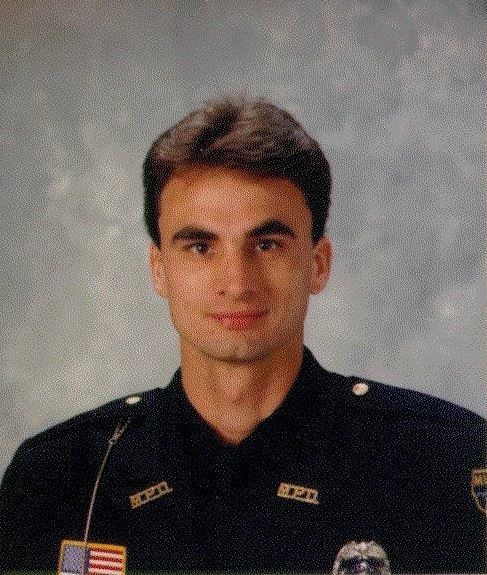