Fall 2014 the Missoula City Council enacted changes to the city's fireworks ordinance. These changes allow the sale and discharge of "novelties" within the city limits. Novelties include the following devices: 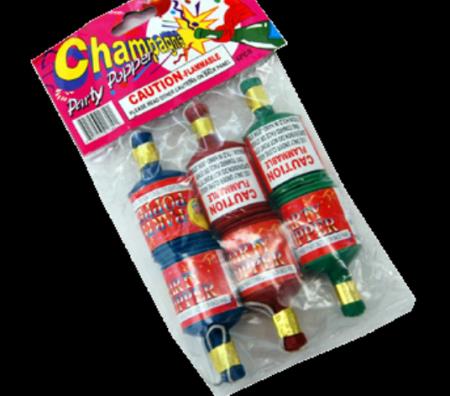 Party Poppers: Small devices with paper or plastic exteriors that are actuated by means of friction (a string or trigger is typically pulled to actuate the device.) They frequently resemble champagne bottles or toy pistols in shape. Upon activation, the device expels flame-resistant paper streamers, confetti, or other novelties and produces a small report. Devices may contain not more than 16 mg (0.25 grains) of explosive composition, which is limited to potassium chlorate and red phosphorus. These devices must be packaged in an inner packaging which contains a maximum of 72 devices.

Snappers: Small, paper-wrapped devices containing not more than 1.0 mg of silver fulminate coated on small bits of sand or gravel. When dropped, the device explodes, producing a small report. Snappers must be in inner packages not to exceed 50 devices each, and the inner packages must contain sawdust or a similar, impact-absorbing material. 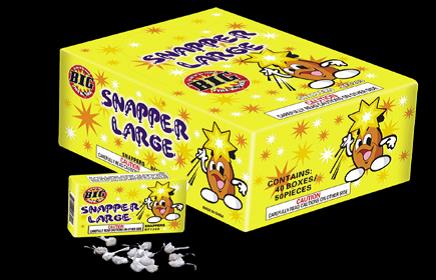 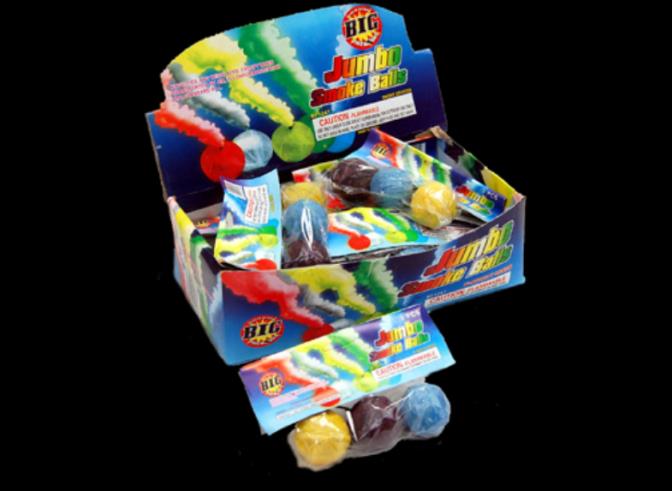 Toy Smoke Devices: Small devices consisting of cork-like spheres, or cardboard or plastic tubes, containing not more than 5 g of pyrotechnic composition that produces a small cloud of smoke after activation. The devices are typically ignited by means of safety fuse. The outer configuration is usually a sphere (smoke ball), cylindrical tube, or paper cone. The chemical composition for white smoke consists of potassium nitrate and sulfur, while colored smokes are produced by mixtures consisting of potassium chlorate, sulfur or sugar, and a sublimable organic dye. Mixtures containing potassium chlorate must also contain a neutralizer/coolant such as sodium bicarbonate. To be eligible for not regulated status, these devices must produce smoke as their sole pyrotechnic effect following ignition, and must be packaged in inner units containing a maximum of 72 devices.

Snakes & Glow Worms: Pressed pellets of pyrotechnic composition that contain 2 g or less of composition per article. Upon burning, they produce a snake-like ash that expands in length as the pellet burns. Chemical compositions vary, but typically contain ammonium perchlorate, nitrated pitch, asphaltum, and similar carbonaceous materials. These devices are limited to a maximum of 25 pellets per inner package in order to be transported as not regulated devices. 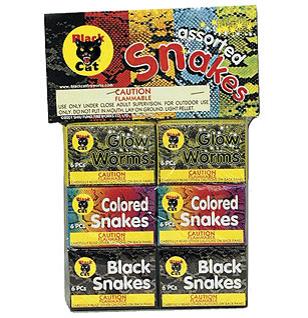 Wire Sparklers & Dipped Sticks: These devices consist of a metal wire or wood dowel that has been coated with pyrotechnic composition. Upon ignition of the tip of the device, a shower of sparks is produced. Sparklers may contain up to 100 g of composition per item. Sparklers typically use barium nitrate as the oxidizer, with aluminum and dextrine as fuels. Iron filings produce the spark effect. Color-producing sparklers use potassium perchlorate as an oxidizer. Any sparkler containing a chlorate or perchlorate oxidizer is limited to a maximum of 5 g of composition per article. Sparklers must be packaged in inner packagings that contain 8 devices or less to be transported as not regulated devices.